We went up to southwestern Colorado for the beginning of October in hopes of catching the fall colors. We spent most of our time in the San Juan National Forest near the Piedra River.

We set up camp near Beaver Meadows, knowing we were expecting a bit of rain that night and the next day. It started drizzling a half hour after we finished setting up and rained off and on for the rest of the night. As we were lounging the next morning in our toasty sleeping bags, I realized some of the raindrops on the tent looked slushy. Then the sound of rain hitting the tent changed to the sound of slushy snow. After a bit, we decided it wasn’t going to stop, and made the decision to pack up and head to Durango for the day. 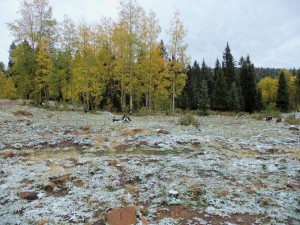 After a night in Durango, we headed back out and set up camp near the Piedra River. We found a great campsite that ranks among the top ten campsites of all time. The road went up through a meadow surrounded by ponderosa pines. The ground is level, there’s almost no undergrowth, and previous occupants had left the site absolutely pristine. 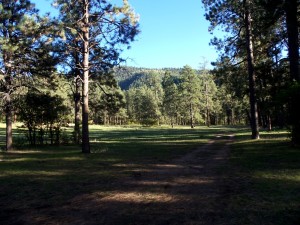 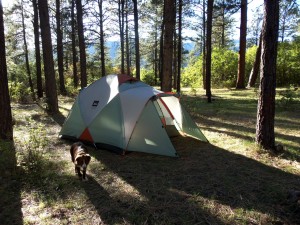 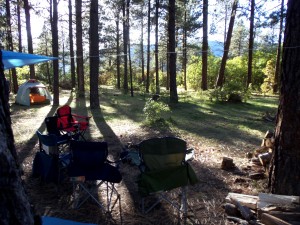 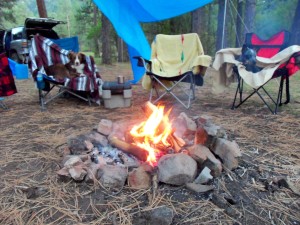 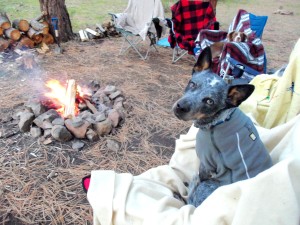 A couple times, folks on horseback passed near camp, one definitely out looking for their cattle. On our way out one day, we came up behind the big roundup, with eight or ten folks on horseback and a couple dogs herding a small herd down the road. It was fun watching the dogs bouncing around behind the herd and around the horses. Eventually, one of the hands guided us through the herd so we could be on our way. 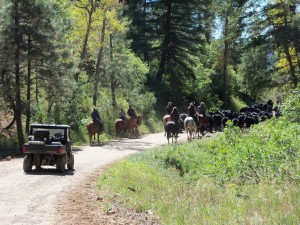 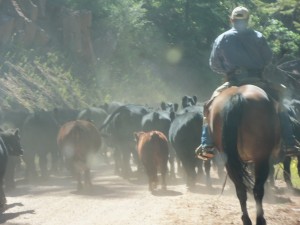 We did several hikes in the area. I’ll post photos as I get caught up this week.