2014-11-19: It was beautiful weather for our Wednesday afternoon hike, with temps in the low 50’s, no breeze, and partly cloudy skies. We decided to head up an old jeep trail in the valley on the southern side of Robinson Crater in the forest near Sunset Crater National Monument. The road heads up the west side of the hills, offering stunning view of the San Francisco Peaks. It’s one of my favorite view locations around Flagstaff. 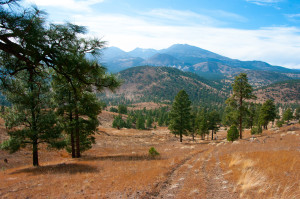 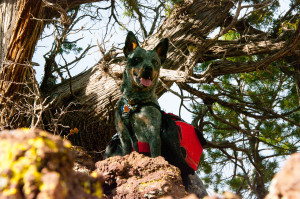 At the top of the valley, the jeep trail hits a T intersection, heading right around Robinson Peak, and left to go around the rim of the crater. We headed left, planning on exploring the ridge that runs along the northern side of the valley. Not expecting to see wildlife, we were surprised by a herd of pronghorn. They circled around a dip and eventually disappeared over a ridge. 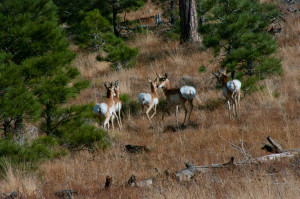 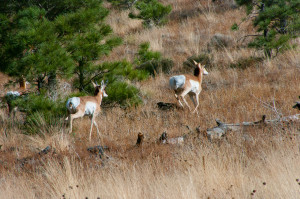 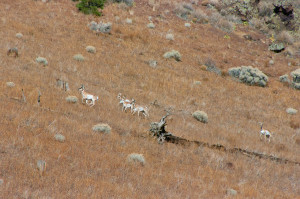 We went off-trail to follow the ridge. We stopped at a rock outcrop near the end of the ridge. where the open space offers a nearly 360° view, including the Peaks, Mt. Elden, and Bonito Park . 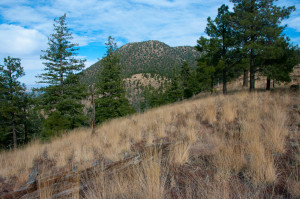 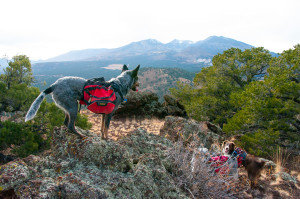 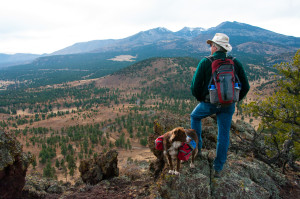 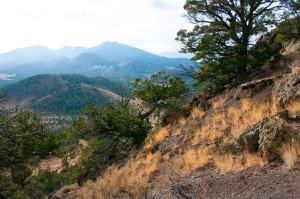 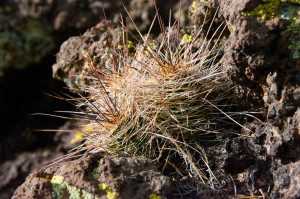 View this area in Google Maps.